I have some friends on the HearthKeepers Message board that were ALL EXCITED about the Schleich Nativity Scene. Oh -- go run and get one now! Only $19.99!! Free shipping if you order more than $100.

I refrained... I'm trying to be frugal, ya know.
But... I did go out on Friday -- Black Friday -- for some too good to pass up deals for Christmas Presents for the kiddos. (Cowboy boots...shhh... don't tell!)

I think's that the same deal my HK friends were talking about... only $9.99!!!
Oh lands of mercy... I've gotta have one of those!! And NO shipping to boot.
Just wait until they here about my deal.

Some Body LOVES the Kitty! 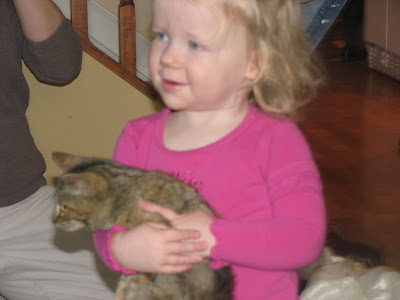 We still have a few kitties left from the last batch that was born.
Cousin Sophia LOVES the kitties!
The kitties love to come inside. They aren't ALLOWED to come inside... but if you are as cute as Sophia... then -- well... OK... just for a while. 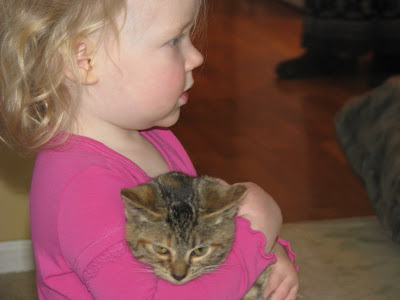 "Just for a while?" This kitty was SO patient! 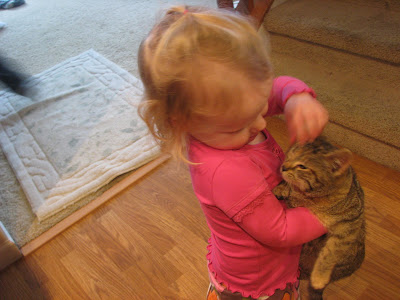 Be NICE to the kitty -- LOL
Grandpa let the cat out of the bag while he was here. Want to hear about it?
Sure you do -- everyone needs a good laugh once in a while.

I took Danielle to the dentist the same day that my parents and sister were to come to town. What was I thinking? So -- I got ahold of them and said, "I'm out of town... can you let yourself into our house?"
SURE -- they said... so they did.
Well -- when they did... the cat's snuck in. They are SO FAST!!

I called to see how they were doing and if they knew how to get where we were going to meet up. Dad said, "Hello." I said, "Hello, this is Jennifer--"

Dad hurridely interrupted me, "HOW DO YOU KEEP THESE CRAZY CATS OUT OF YOUR HOUSE?"

Oh yeah... I forgot about the cats.

Well -- I learned later that he'd was running around after the kitties -- trying to get them out of the house... one didn't particularly like the method he was using and decided to use his hand as a clawing post. OUCH.
So -- the next kitty he wised up... he grabbed a Wal-Mart sack and stuck the kitty it in and opened the front door and...

he LET THE CAT OUT OF THE BAG! 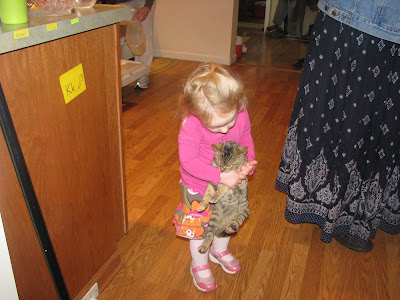 It seemed to make out OK.
Don't you think?

Oh hey -- I think that post it note says "K" for kitchen. They were EVERYWHERE.

Only for the Married Readers

Have your kiddos leave the room first. 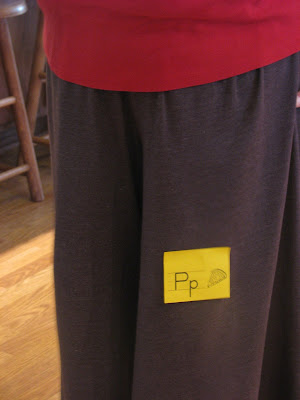 Ever play the ABC game in the car?
Well -- we played it at home... using post it notes.
This first one is "P" for Pat.

Someone gave me several pads of post it notes so I put them to good use when the cousins were here. 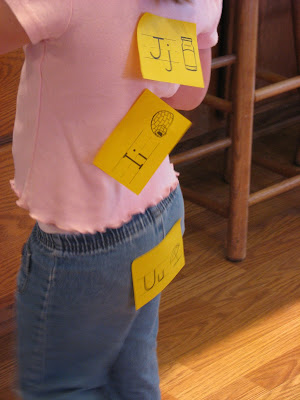 Here is Julia - displaying her ABC's... J for Julia
I for... hmmm... I don't remember. I think her mom said irresponsible.
U for Underwear - so glad to know that! 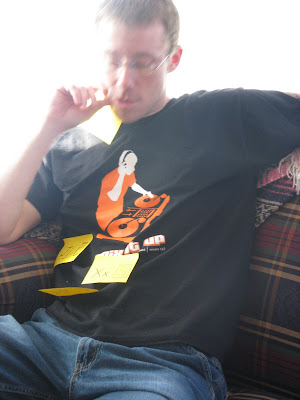 Her dad got into the spirit too... or maybe he was just playing along because he knew the turkey was coming up soon. Who knows... He was doing his part - helping entertain while we were cooking! Great guy.
He had an "X" on his shirt... that was most helpful. 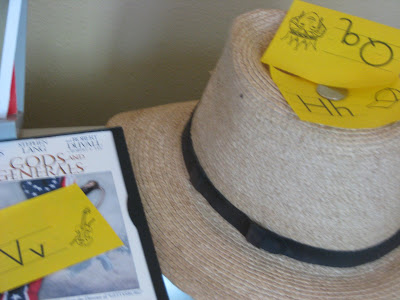 Video, Hat and a Quarter!

What fun we had. I found post it notes in the funniest places the next few days. I think there is still an "O" on a jar of olives in my fridge. If you know me and olives... it may stay there a while. LOL 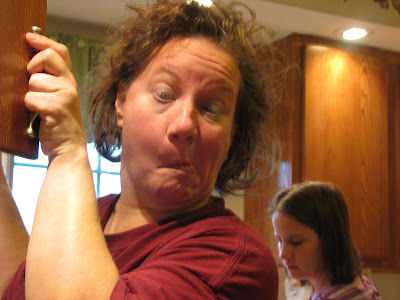 Why didn't anyone tell me my hair was sticking up?

Email ThisBlogThis!Share to TwitterShare to FacebookShare to Pinterest
Labels: Jennifer

Hunting With The Boys 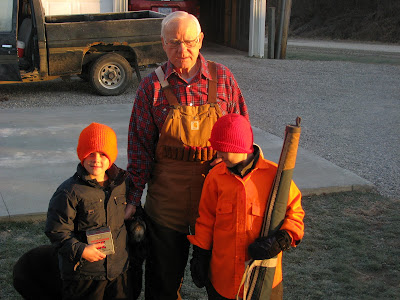 Grandpa Phillips took the boys hunting Thanksgiving Week. Here they are -- all decked out in their orange. Excitiment oozing out of their pores... even at 7:00 a.m. Grandpa wants to get going -- his crazy daughter keeps snapping pictures. Time to go... time to go... 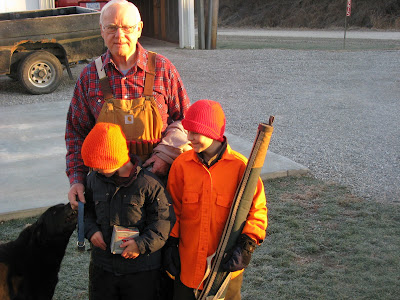 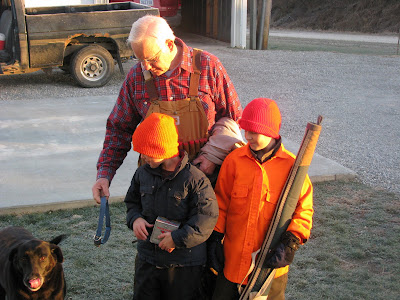 HEY -- come back here and put your collar back on!

This pic was very telling of the day. They returned home all safe and sound. Pheasants included. They brought home nothing but memories! But what great ones at that!!

Thanks for the memories! 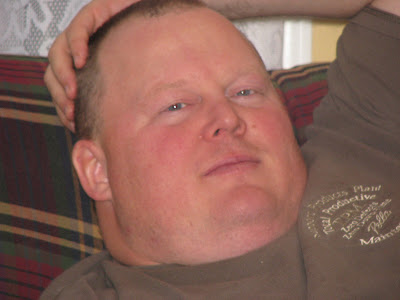 Sooo glad I caught it on film.
It's a keeper!

It's JUST CRACKED!
But you still have to wear a splint, then a cast, even if it's just cracked.
(left non displaced cracked tibia - high - if any of you care to know) 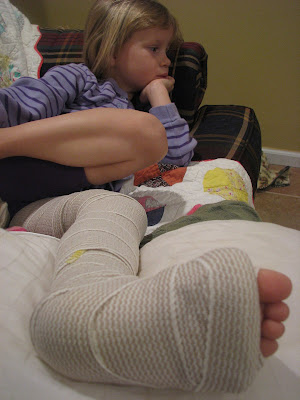 Danielle was jumping on the trampoline with a bunch of kids Thursday, before dinner, and she got landed on.

This landed her on the couch. 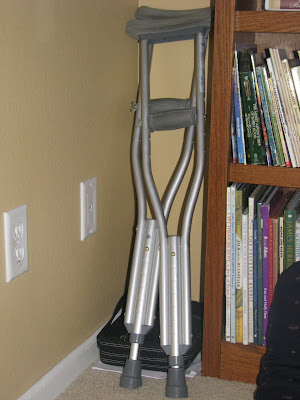 But she got a pair of crutches out of the deal.
Aren't they cute? So tiny... so small... 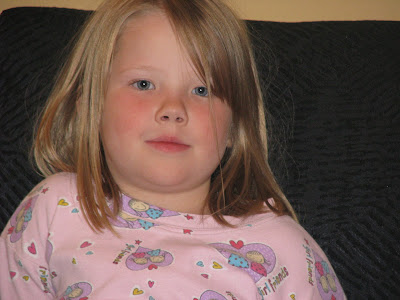 Her cousin Julia got to go to the clinic with her. My sister Becky says, "She really learned a lot there." Sort of like a field trip. What NOT to do on Thanksgiving Day. 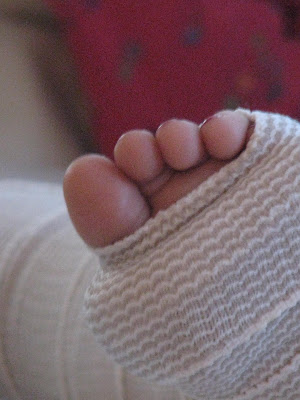 So tiny... so cute...
The FLORESCENT PINK permanent cast is on now... only 4 more weeks to go. 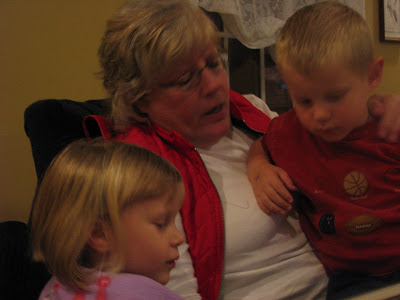 Aunt Karen likes to read to the kiddos! 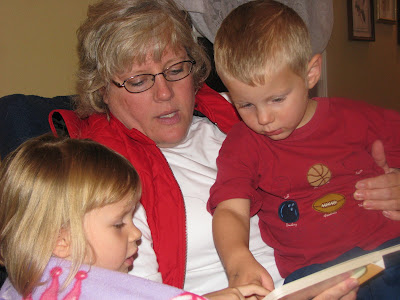 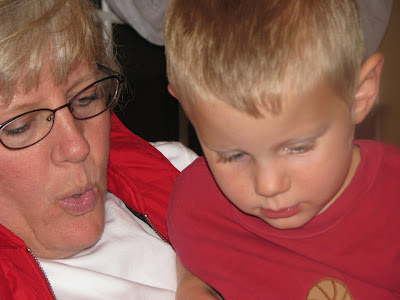 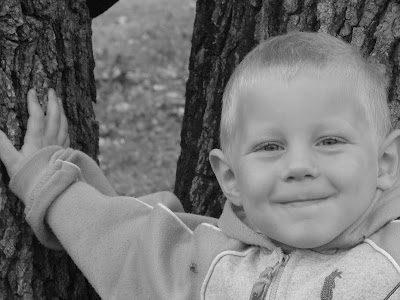 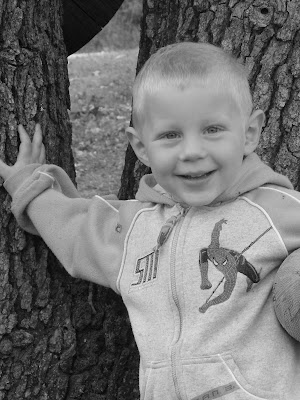 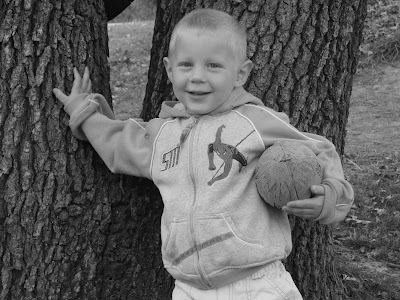 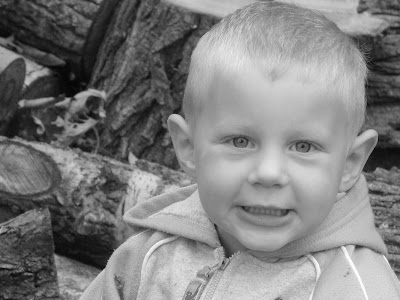 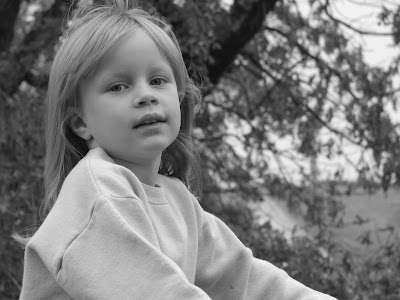 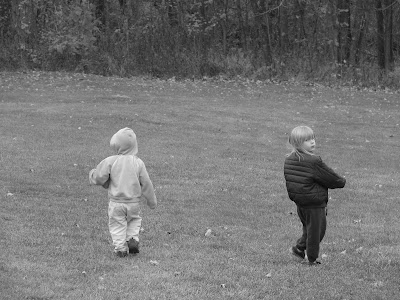 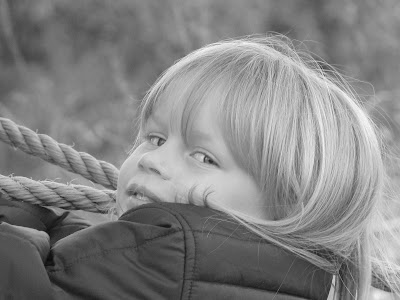 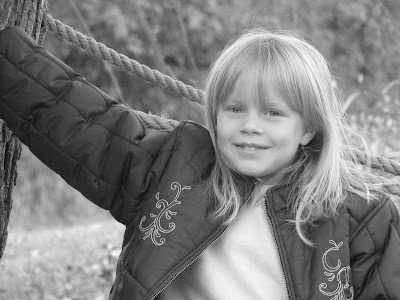 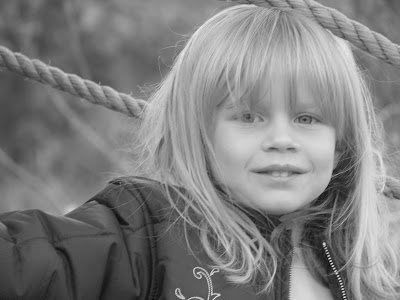 We are so sad.

We will miss you Brad.

More than you want to know About Me

Other Places I Visit On-Line

My Friends Blog Too!